Lewis Carroll was able to introduce a lot of characters through his novel Alice in Wonderland. Apart from the main protagonist in the persona of Alice, he also endeared the character of the Hatter to several generations. Thanks to various adaptations of the movie, the novel has been re-imagined to suit the taste of different generations. Apart from Alice and the Hatter, there are other characters in Wonderland worth mentioning. 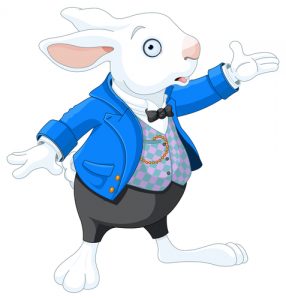 Most known for donning a waistcoat and carrying a pocket watch, the White Rabbit is seen scampering in the first part of the movie. As Alice follows him, she stumbles upon a hole that leads her straight to Wonderland. You can say that the White Rabbit is one of the most important characters in the novel. Without him, the adventure would not have started.

The rabbit also holds down an important job in Wonderland as he is the official messenger at the King and Queen of Heart’s court. The White Rabbit exhibits a wild and somewhat having a deranged level of energy.

The Queen of Hearts

Oftentimes heard screaming to have someone beheaded, the Queen of Hearts is a domineering character in the novel. She is also one of the primary antagonists and can easily be referred to as a foul-tempered type of a monarch. 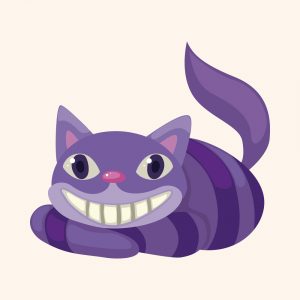 Probably one of the most misunderstood characters in the whole novel and movie adaptations is the Cheshire Cat. He is well-known for his eerie grin, his startling sharp teeth, as well as having exceptionally sharp claws. Regardless of how striking his appearance is, he arguably one of the characters with the clearest logic. He even went on to explain to Alice the madness that makes up Wonderland. One unique ability of the cat is being able to make any part of his body disappear and appear at will. However, he was more well-known with his grin that the saying ‘Grins like a Cheshire cat’ became popular when the book was written.

When Alice found the Hatter, he was having tea with a few characters in the movie and one of them is the March Hare. Apart from being a tea companion and the party being held on his lawn next to his house shaped like the head of a hare, he seems to have been responsible for the saying “Mad as a March Hare” which depicts hare’s mad behavior during mating season. In one illustration, he even has a straw on his head. This was one of the ways people recognize madness around the Victorian era.

In the more recent movie adaptations of the novel Alice in Wonderland, the Dormouse’s name is Mallymkun. Rather than being the lazy and lethargic earlier versions, Mallymkun is an energetic swordswoman who even plucked the eye of the Bandersnatch. Her weapon of choice is a pin given to her by the Hatter.